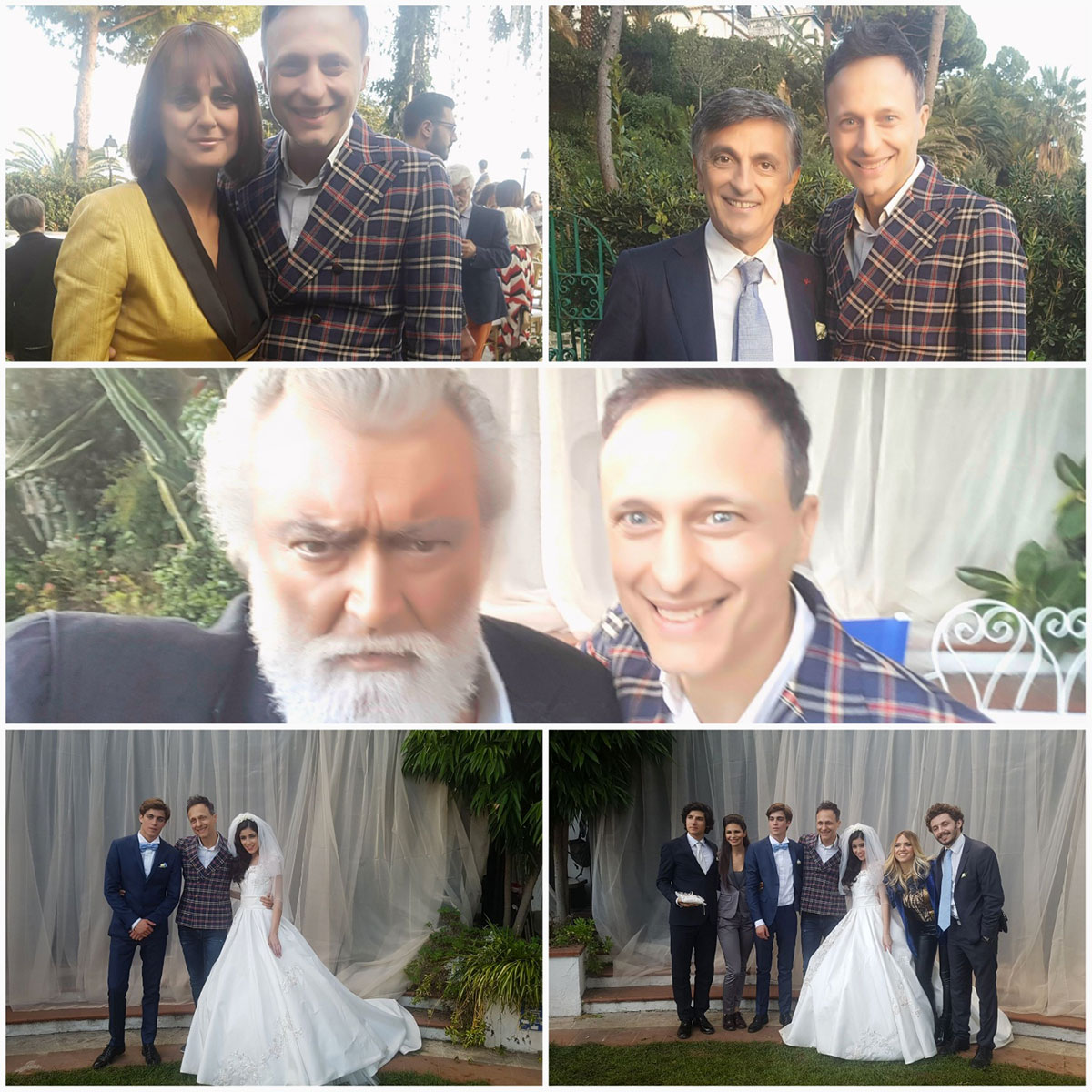 EMILIANO BENGASI returns to collaborate with the world of cinema and his fairy-tale clothes will be the protagonists of an exhilarating Italian comedy with a stellar cast.
"Compromessi sposi" is the title of the film that will be released in
400 Italian Cinemas since next January 24th. The protagonists, Vincenzo Salemme and Diego Abbatantuono with Grace Ambrose, Lorenzo Zurzolo, Rosita Celentano, Elda Alvigini, Dino Abbrescia, Carolina Rey just to name a few.
The designer has created the clothes for the protagonists of the film:
wedding dress and groom and a formal dress for Elda Alvigini who plays the mother of one of the couple.
"It was exciting - explains Emiliano Bengasi - to return to a film set.
After the experience with Pupi Avati we decided to return to the big
screen with a funny comedy that boasts a stunning cast. I believe that
this new experience certainly represents a vehicle for the promotion of
our brand at a national level, as in some scenes of the film, the
company logo will also be taken over. There are many innovations waiting for us in 2019, we will dress several movie and tv stars and soon I will be able to reveal their names too. "
Emiliano Bengasi will be guest of honor at the premiere of the film scheduled for next January 24 in Rome along with all the protagonists of the film.

The Secrets on the wedding dress

Emiliano created the wedding dress using  pure silk mikado framed with French macramé lace. The dress designed by Bengasi is characterized by the sober and essential lines that emphasize the purest Italian tailoring and reflect the freshness of an elegant and refined young interpreter. The entire dress was sewn and embroidered by hand with Swarovski crystals and hand-made silk organza flowers that give a touch of lightness more.

Compromessi sposi is a film directed by Francesco Miccichè and tells the story of Ilenia (Grace Ambrose), a young fashion blogger from Gaeta who falls in love with Riccardo (Lorenzo Zurzolo), a Milan boy who aspires to be a singer-songwriter. Although it seems that the two have little in common in reality, the spark of love pops and every difference disappears. In a night they decide to get married. Even their fathers have nothing in common: Diego (Diego Abatantuono) is a rich entrepreneur of the North, Gaetano (Vincenzo Salemme) a mayor of the South. If among the boys was immediately love, among the future in-laws is instead hate to first sight. To unite them only one goal: to prevent at all costs the marriage of the young couple. In a battle played by all means and involving the whole family, will the paternal coalition succeed in preventing the marriage of the boys?